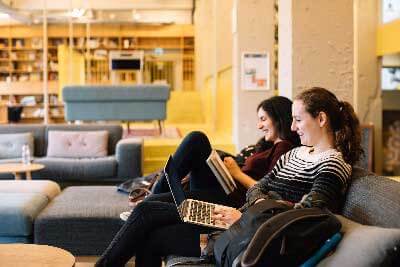 Let’s talk about different types of student loans, what is the student loan consolidation and which is the fastest way to pay it off and what you should watch out for. 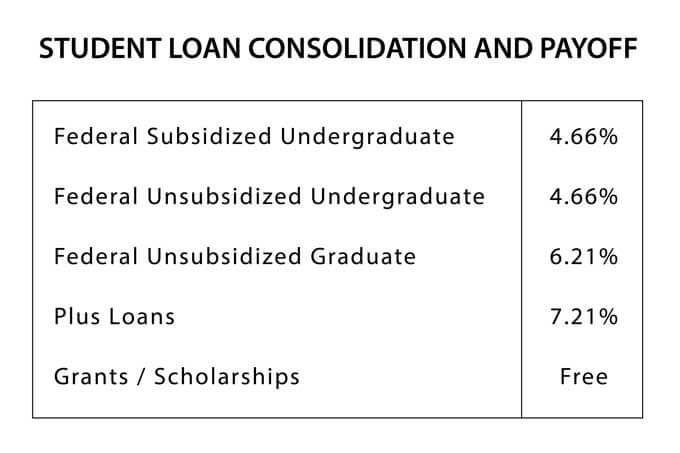 The kinds of loan that you get are actually divided into different kinds. The first three (see the table) are actually federal loans

where the federal government is actually lending it to you and you. You get like a sort of preferred rate, it’s a little less than what you would get in a normal loan.

The subsidized means that the federal government is going to pay that interest for you while you’re going to school. So, you won’t accrue any interest during that time.

Unsubsidized means the federal government isn’t going to pay that interest for you. So, during your schooling it’s going to keep on adding money to it.

Let’s say you borrow $10,000 and it’s 4.66%. Every single year it’s going to add 4,66 dollars to the principal. It’s just going to keep on building up by the end of four years of going College. It is going to add another 2,000 dollars to your principal which you still have to pay back.

Are there subsidized loans for the Graduate degree?

Now you can see that if you do get a graduate degree, you don’t have any subsidized loans that they give you. The federal government doesn’t want to subsidize you, once you go into graduate school. Because once you go, you’re going to make more money and stuff. So you have a better ability to pay it back and they’re not going to help you that much on there. But they still give this unsubsidized one at a slightly preferred rate for you. 6.21% versus the loans here which is one percent higher.

How to get my student loan interests down?

It’ll be helpful, if I tell you about my student loan and how I got my interest rate down and how I paid it off. The only thing I regret is paying too much interest on it. I should have paid it off a little bit earlier because I had the money to pay it off but I held off from paying it for about couple years. 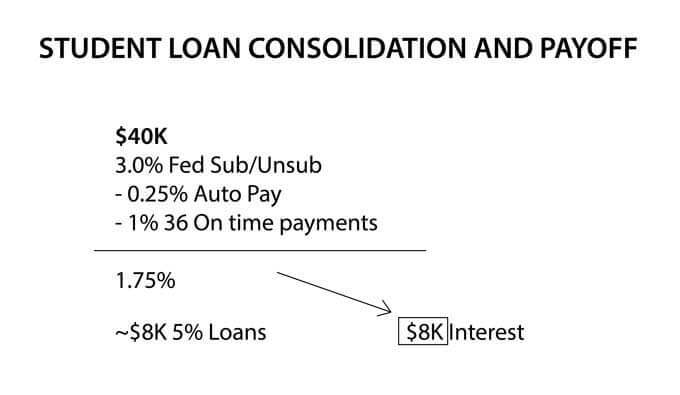 My initial bulk amount I owe was about 40K plus another 8K or something in 5% loans. Back then 5% was about the interest rate in the bank. So in a way I should have been keeping all that money in the bank instead of paying this loan off. Which is what I did, but that didn’t last for very long.

Initially the federal subsidized/unsubsidized loan I had was 3%. Now you can still do this which is set up auto pay, which will automatically reduce your rate by a quarter percent. A quarter percent if you do it from the very beginning over ten years is a lot of money. So, do that! It’s better to actually hold on to money in an interest-bearing savings account then actually pay this off. But what happened later on, is that the interest rate kept on going down, which made it a better deal to pay off the loan, instead of keeping that money in the bank.

When I finally paid it off I saw that I paid actually about $8,000 of interest which didn’t make me feel too good. Because it’s $8,000 that could have been in my pocket. Roughly, about half of this was offset by interest rate accruals, so I really only paid 4K. What I would tell myself is to pay it off a little bit earlier.

For the students that graduate right now 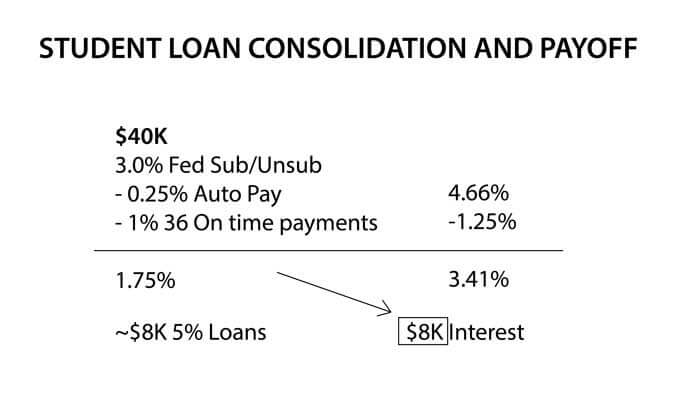 If you get this 3.41% after all these fancy deductions the interest rate in the bank account is still 1%. Which means it makes it really enticing to pay off your student loan as fast as possible. You gotta weigh this again saving money for buying a house or something or saving money to pad your emergency fund. Based on that you really have to weigh on how important it is to save up as soon as possible in order to get a down payment for a house.

No Feferal Forgiveness if you consolidate

When you graduate you’re going to have a lot of little different loans: subsidized, unsubsidized… Whatever loans, all different. And they’re all require a certain small amount of payment, but when you add it all up it’s going to be significant. They’re going to offer you a way to consolidate

all these into one single loan so that you can just have one single payment.

The thing is if you consolidate with a separate lender it’s like that lender is taking a whole bunch of money and paying off all your federal loans. Therefore, all of it is paid off in the point of view of the federal government. When that happens you can no longer use the federal forgiveness program. If you anticipate that it’s going to be rocky, maybe you want to drag it out and then see if you can qualify this forgiveness program. Then maybe you don’t want to consolidate. 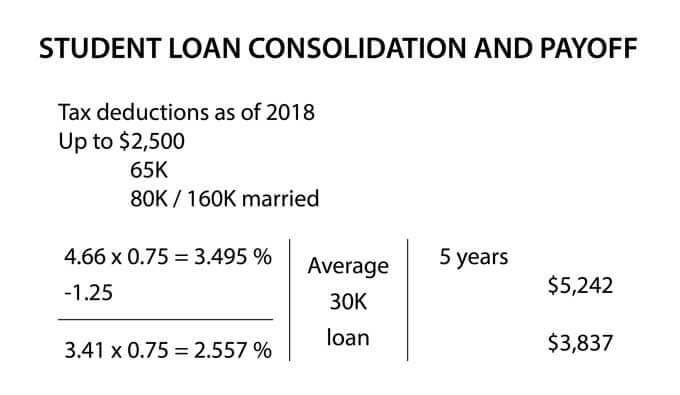 However, it starts to phase out as you make more and more and if you make more than 80K you cannot deduct student loan interest payments at all. Let’s say you’re under 65K, and you’re in the 24% tax bracket that just means that you can reduce your income by that much and you don’t have to pay taxes on that amount.

For example, let’s say your student loan is 4.66% and you’re in the 25% tax bracket, for that amount of interest you don’t have to pay any taxes on. In the end of the year your taxes are reduced by that amount. Therefore, you can kind of look at your interest rate going down by 25%. Multiplied by 0.75% here and your real interest rate that you’re paying into your student loan is 3.495%. You’re still paying money in the form of interest to your loan.

The average student has a student loan of 30K and let’s say you project five years out. Let’s just do a simple straight multiplication here 3.5% through 30K over five years, it’s about ~$5,000 worth of interest. And this is after taking into consideration your tax deduction.

It makes sense to pay this off as soon as possible, because over five years you’re going to pay ~$5,000 worth of interest. What can you do with $5,000 instead after five years? A lot!

If you happen to consolidate the numbers work out a little differently. You’re going to subtract 1.25% from your interest rate it’s going to be 3.41% again you multiply it by 0.75 to take into account your tax deduction. It’s going to be 2.558% the effective interest rate that you’re paying into this loan. 30K on average of student loan you probably multiple by 2.558% you are still paying about ~$3,000. You got to whittle it down and pay into your student loan as fast as you can just so that you can avoid these interest payments.

People say the interest rate that you get on the student alone is probably the best that you’ll ever get. It really is really really good, because if you have credit card loans or something or car loans it’s going to be higher than that. You definitely should prioritize you to pay off things higher than this. But if you happen to have everything else paid off and you just got this left you really still need to pay into it just to get rid of this loan.

Pay off your federal & private student loans faster by refinancing with PenFed!